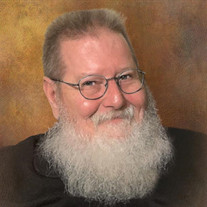 Robert “Bobby” Balderson, Sr. of Greensboro, Maryland passed away on October 25, 2021. He was 60. Born on August 30,1961 in Easton, Maryland, he was the son of the late John Irvin Balderson, Sr., and Hazel Baynard Balderson. Bobby grew up in Greensboro and graduated from North Caroline High School with the class of 1979. After graduating Bobby joined the Coast Guard Reserves where he served for six years before he was honorably discharged. He worked for Caroline County Emergency Services as a 911 supervisor, after thirty-two years of employment he retired. Bobby was a Life member of the Greensboro Volunteer Fire Company, holding several positions including Board of Director, Lieutenant, Captain, and Assistant Chief. On Bobby’s birthday in 1976 he was finally able to join the fire company, a dream of his. Bobby was proud to be a fire fighter. In 1988 Bobby married his best friend and the love of his life, Lisa. Bobby enjoyed spending time with his family. His kids and grandkids meant the world to him. Bobby had a love for animals, especially his dogs. Bobby was well known for his sense of humor, he loved to make people laugh. Bobby is survived by his loving wife, Lisa Balderson, children Amanda Balderson of Greensboro, Maryland, Robert Balderson, Jr. of Hurlock, Maryland, and granddaughter, Audrey. As well as siblings, Joyce “Grady” Tucker of Henderson, Maryland, John Balderson (Carol) of Ridgely, Maryland, and James Balderson (Janet) of Greensboro, Maryland. A visitation will be held on Saturday, October 30, 2021, from 11am-1pm at Greensboro Baptist Church located at 401 West Sunset Avenue, Greensboro, Maryland, a service will follow beginning at 1pm. Burial will take place at the Greensboro Cemetery.

The family of Robert "Bobby" Balderson Sr. created this Life Tributes page to make it easy to share your memories.

Send flowers to the Balderson family.