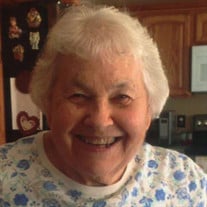 Nancy L. (Durham) Shively, 80, of Camden-Wyoming DE and formerly of Abbeville, SC and Goldsboro, MD passed away peacefully on November 19, 2021, at her home surrounded by her family. She was born March 30, 1941at home in Melitota, near Chestertown, MD to the late H. Gaylord and Mary Darrell Durham. She graduated in 1959 as a member of the last class to graduate from Greensboro High School, Greensboro, MD. On November 21, 1959 she married Donald H. Shively and they shared 54 years together until his passing on August 22, 2014. Along with raising a family, Nancy was the bookkeeper for the family business, Shively’s Garage. In later years she was an instructional aide at Greensboro Elementary School, as well as the Caroline County Vo-Tech Center. During her girls’ school days, Nancy volunteered as a chaperone, room mother, and with the PTA. She was a Girl Scout leader, Sunday school teacher, and was actively involved with her church in many roles – helping with VBS, serving on various committees, and singing in the choir. Although Nancy was not a member of the Goldsboro Volunteer Fire Company Ladies Auxiliary, she volunteered with many of their events and activities. She was a member of Whatcoat United Methodist Church, Camden, DE, and a former member of Grace United Methodist Church, Abbeville, SC, and Trinity United Methodist Church, Goldsboro, MD. Her hobbies included gardening, sewing and crafts, cooking, canning, and preserving, and flower arranging. Nancy is survived by her daughters - Rev. Bonnie Shively of Sudlersville, MD and Lynn Shively of Camden-Wyoming, DE; two brothers, Donald Durham (Bev) of Indian Head, SC, and Wayne Durham (Karen) of Goldsboro, MD; sister-in-law Peg Spiering of Henderson, MD; brother-in-law Bill Shively (Ann) of Ellicott City, MD; two very special goddaughters Melissa Shown of Ellicott City, MD and Rebecca Bufano of Eldersburg, MD; numerous nieces and nephews and very special friend, Julie Herron and her family. The family would like to thank her caregivers: Athena, Antonia, Ashley, and Compassionate Care Hospice. A visitation will be held Friday, November 26, 2021, from 6pm-8pm at Fleegle and Helfenbein Funeral home located at 106 West Sunset Avenue, Greensboro, MD 21639. Graveside services will take place Saturday, November 27, 2021, beginning at 11am at the Greensboro Cemetery, located on Main Street in Greensboro, MD 21639. In lieu of flowers, please send donations in Nancy’s name to: Whatcoat United Methodist Church 16 N. Main Street Camden, DE 19934 Goldsboro Volunteer Fire Co. P. O. Box 35 Goldsboro, MD 21636

Nancy L. (Durham) Shively, 80, of Camden-Wyoming DE and formerly of Abbeville, SC and Goldsboro, MD passed away peacefully on November 19, 2021, at her home surrounded by her family. She was born March 30, 1941at home in Melitota, near Chestertown,... View Obituary & Service Information

The family of Nancy Lee Shively created this Life Tributes page to make it easy to share your memories.

Send flowers to the Shively family.