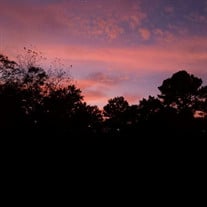 Kelli R Paswater, 36, of East New Market, Md. passed away peacefully on Friday, January 4, 2019 at Dorchester General Hospital in Cambridge, Md. She was surrounded by family and loved ones at the time of her departure. She was born February 7, 1982 in Easton, Maryland, the daughter of Cynthia Meeks Davis, and the late Gerald Lee Paswater. Kelli lived in Greensboro, Maryland throughout her early twenties and was a graduate of North Caroline High School, class of 2000. She later graduated from Delaware Technical College as a Veterinary Technician, leading to a successful career as a vet tech throughout the Eastern Shore. Kelli's uncanny, easy way with animals made her the chosen person with pet owners far and wide to be on duty when they came in for visits. She regularly amazed people by remembering their pet's name, breed, ancestry, ailments, and other minutiae that even the pet owners had forgotten. There was no pet she forgot, ever. This, combined with her fierce work ethic, long time loyalty, and no nonsense, no drama attitude made her an in demand employee, which lead to her last and most promising position at Animal Wellness Center of the Eastern Shore in Salisbury. At the time of her falling ill, she was making plans to return to school and pursue more specialized certifications to advance her career. Outside of her professional life, Kelli's two brown dogs, Alice, and June, were her world. They adventured to many states, towns, parks, pet friendly coffee shops, agility trials, and Dock Dog events, charming people with their collective good behavior, attentiveness, and well executed tricks. Alice and June forced Kelli to learn to take a compliment. Their adventures are well documented through her formidable photography skills, and her pictures are the legacy she would like to be remembered by. Her Flickr name was Alice browndog. Kelli's favorite athletes were all animals and she was a devoted fan of the Kentucky Derby, often correctly picking the winner ahead of time. She could often be seen at music venues throughout the region, and easily spotted by her mismatched clothes and lack of pretense. It should be noted as well that she was a connoisseur of meatloaf, sampling many Meatloaf Mondays throughout the land. Cold rainy days were Kelli's favorite, and they often found her reading books about history, space exploration, and music of the twentieth century. She was an avid reader her whole life, starting at preschool age. There is so much more to say, but Kelli was a modest soul and would not like all of the attention. She is survived by her two brown dogs, Alice and June, her trusted special person Pete Baker of East New Market, Maryland, her mother Cynthia Davis, step father Jay Davis, and brother Taylor Davis of Smyrna, Delaware, Grandmother Delema Meeks of Goldsboro, Maryland, Sister Erica Mowrer and husband Nate Mowrer, niece and nephew Madison and Luke of Petersburg, Pennsylvania. Kelli is preceded in death by her father Gerald Lee Paswater, and grandparents Alan Meeks, William Earl Paswater, and Joyous "Dickie" Paswater Marvel. A funeral service will be held at Fleegle and Helfenbein Funeral home in Greensboro, Maryland on Wednesday, January 9 at 1:00 PM, with interment immediatly afterwards at Greensboro Cemetary. A covered dish lunch will be held at St. Paul's United Methodist Church's Wheatley Hall following the interment. In lieu of flowers, contributions may be made in Kelli's name to Chesapeake Cats and Dogs at 326 Wye Mills Road, Queenstown, Maryland 21658. To share condolences, please visit www.fleegleand helfenbein.com.

Kelli R Paswater, 36, of East New Market, Md. passed away peacefully on Friday, January 4, 2019 at Dorchester General Hospital in Cambridge, Md. She was surrounded by family and loved ones at the time of her departure. She was born February... View Obituary & Service Information

The family of Kelli R Paswater created this Life Tributes page to make it easy to share your memories.

Send flowers to the Paswater family.