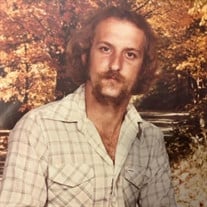 James Carlton “Carl” “Basket Case” Beaver of Wyoming, Delaware passed away on March 21, 2022. He was 68. Born on March 18, 1954, in Easton, Maryland, he was the son of the late Fred Beaver and Laura Lynch Beaver. Carl joined the United States Marines after high school and returned home after being honorably discharged. He enjoyed playing the drums, was an avid motorcyclist, and was once a part of the Harrington Moose Riders. Carl was a truck driver, a carpenter, and a member of the Harrington American Legion. Carl is survived by his loving wife, Sophia Beaver; children, Dawn Banning (Terry), Travis Beaver (Kim), Angela Beaver and Kelly Draper; siblings, David Beaver (Lynn), Fred Beaver and Rose Taylor; in-laws, Barbara Balley and George Dehorty. As well as 12 grandchildren, 4 great grandchildren, several nieces and nephews, and furry friend, Sammy. Services will be held Friday, April 1, 2022 from 12:00pm-1:00pm at Fleegle and Helfenbein Funeral Home in Greensboro, Maryland The family is requesting guests dress in blue jean attire. In lieu of flowers donations may be made to Sophie Beaver to defray medical expenses.

The family of James Carlton "Carl" Beaver created this Life Tributes page to make it easy to share your memories.

Send flowers to the Beaver family.