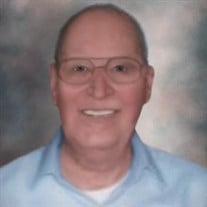 Howard “Jack” Reed, Jr., 87, of Ridgely, MD, died on June 9, 2019 at his home. He was born on April 28, 1932 in Chestertown to the late Howard J., Sr and Gladys Everett Reed. He was a graduate of Chestertown High School. At the age of 20 he answered the call to serve his country in the US Army during the Korean War. In his two years of service Jack earned the rank of Sergeant and was awarded several medals including the Bronze Service Star. He spent his career as a surveyor for the State of Maryland. Jack was a deacon for both the Grace Baptist and the Greensboro Baptist Churches, and a lifetime and charter member of Grasonville Volunteer Fire Co. He is survived by his loving wife, Lorraine Reed, a daughter Sherrie Davis (Dave) of Ridgley, son Jack Reed (Pamela) of Goldsboro, 1 grandson, Timothy, and 2 great grandsons Jason, and Connor. A Funeral Service will be held at 1:00 pm on Friday, June 14, 2019, at the Grace Baptist Church in Hurlock, with a one-hour prior visitation. Burial will follow the service in the Woodlawn Memorial Park, Easton. Suggested donations in Jack’s name are Grace Baptist Church, PO Box 162, Hurlock, MD 21643 and Regional Compass Hospice, 160 Coursevall Dr., Centreville, MD 21617. To share remembrances or online condolences please visit www.fleegleandhelfenbein.com

The family of Mr Howard Jackson Reed created this Life Tributes page to make it easy to share your memories.

Send flowers to the Reed family.