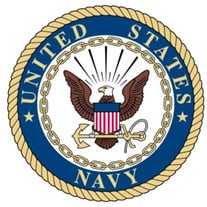 Gale Powell Nashold 82, of Greensboro, MD, passed away in the early hours of Thursday, July 15, 2021, at University of Maryland Shore Medical Center, Easton. Gale was born at “Riverdeen” Greensboro on November 6, 1938, to George Harrison and Annie Melville (nee Hooper) Nashold, the youngest of thirteen children. He was six years old when he lost his father. He graduated from Greensboro School in 1956. There, he met his future wife, Jane Ruth Harris of Bee Tree Farm, Henderson, Maryland. At the age of 17, he enlisted in the Navy through the “Kiddie Cruise” program and served as an Aviation Electronics Technician in VAW-11 Skyraiders deployed with USS Shangri La. Following Naval Service, Gale returned to Maryland and, in 1960, began working in electronic systems for Westinghouse Corporation, Baltimore. He pursued undergraduate studies at Johns Hopkins University and the University of Baltimore, earning a degree in Business Administration in 1973. He rose to executive positions and worked for Northop Grumman Corporation from 1995 until retiring in 2000. Gale and Jane returned to Caroline County and Greensboro in 1978, where they were surrounded by family and served in the community. Jane continued to teach until her death in 1984. They were members of St. Paul’s United Methodist Church where they served on the committee which repaired and renovated the bell tower and sanctuary. A dedicated citizen, Gale leaves a lasting legacy. He traveled the world for business and pleasure but was most thrilled to have visited all 50 states. He served as a commissioner for the town of Greensboro from 1981 to 1987, and mayor from 1983 to 1987. He established the Greensboro Historical Society and served as its President until 2020, opening a museum and a visitors’ center and creating a student docent program in cooperation with the Caroline County Board of Education. He worked to establish the nonprofit friends of the Caroline County Public Library, leading to opening an active branch in Greensboro. He was a member of the Caroline County Library Board of Trustees. He served on the board of and chaired (2009) the Midshore Regional Council. He was a director on the boards of Caroline Hospice, Caroline Economic Development Corporation, and the Broadband Coordination Board. He belonged to the Greensboro Business and Civic Association and the Lions Club. Gale was predeceased by his parents, his wife, and his brothers and sisters. He is survived by his children, Andrea and Douglas, their spouses, five grandchildren, and generations of nieces and nephews. In lieu of flowers, please consider a donation in memory of Gale to the Greensboro Historical Society (attn: Treasurer), 11599 Kibler Road Greensboro, Maryland 21639 or Friends of the Caroline County Public Library P.O. Box 363 Denton, Maryland 21629. A visitation will be held on Wednesday, July 21, 2021, from 6-8 pm at Fleegle and Helfenbein Funeral Home at 106 W Sunset Ave, Greensboro, MD. Services will be held at St. Paul’s United Methodist Church on Thursday, July 22, 2021, at 11am, interment will follow at Greensboro Cemetery.

The family of Mr. Gale Powell Nashold created this Life Tributes page to make it easy to share your memories.

Gale Powell Nashold 82, of Greensboro, MD, passed away in the...

Send flowers to the Nashold family.