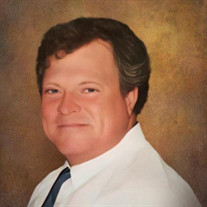 Franklin (Frank) McKinley Parks age 65 of Denton (Burrsville), Maryland passed away peacefully surrounded by his loving family on Thursday, June 3, 2021 at University of Maryland Laurel Medical Center, Laurel, Maryland due to complications caused by COVID. He was born on August 13, 1955 in Easton, MD; the son of William & Frances Parks. Frank moved to the eastern shore of Maryland when he was 13 years old and met the girl (Mildred Downes) that unbeknownst to him in 4 years would become the love of his life. They have shared many happy years together as husband and wife. Frank was a student at North Caroline High School, class of 1974. He was a hard- working man, making sure he could always provide for his wife and daughter. He worked for Nanticoke Homes in Greenwood, DE for 19 years starting out as a van man on the field crew and working his way up to a “cushy” supervisor position riding around checking lots, etc. in an air-conditioned car all day. He decided it was time for a change and worked for a year or so at Mitchell’s junkyard in Greensboro. Than he made up his mind he was going to work for the State of Maryland. This led him down the path to, almost 27 years with the Maryland State Highway Administration. Starting at entry level working in the Denton shop and later transferring to the Chestertown shop. He found that he had a knack for teaching others and relocated to the Office of Maintenance in Hanover, where he performed training & certification of state employees, assisting them to become certified in the District & shops within the State SHA, as Operator I, II and III’s. He worked at both the Salisbury and Cambridge shops as the Assistant Resident Maintenance Engineer and would have been retiring from the Salisbury location. He often spoke of how many great people he met along the way. Frank had many passions and talents; he loved spending quality time with his family and friends, as well as drag racing and hunting. He was very proud of his family and enjoyed all the get-togethers and outings that they shared. He loved his weekly trips to Helen’s Sausage and the Chestertown junkyard, with his grandson Wyatt, which resulted in too many bicycles. Anyone who knows him knows that most evenings he could be found tinkering in his garage. It gave him great pleasure to be able to spend time with his family racing at the U.S. 13 Dragway where he was known by all as the Burrsville Bandit, and once hunting season began he could be found down at the farm. He was preceded in death by his father, William M. Parks. Frank is survived by his loving wife of 48 years, Mildred Parks, daughter, Frannie Parks (Eric) of Houston, DE, daughter-at-heart Dana Webber of Harrington, DE, grandchildren, Wyatt Wright, Melissa Darby and Michael Darby. He is also survived by his mother, Frances Parks, mother-in-law, Louise Downes and his siblings, John Parks (Annie), Teresa Messick (Lee), Ricky Parks (Sherry), Kevin Parks (Dawn), Linda Pinder (Butch), Arlene Smith (Al), Cathy Schaake (Rick), Buddy Downes (in-law) and Debbie Steele (in-law), along with many aunts, uncles, nieces, nephews and cousins. A visitation will be held Thursday, June 10, 2021 from 7-9 pm at Fleegle and Helfenbein Funeral Home 106 W. Sunset Ave Greensboro, MD. Services will be held on Friday, June 11, 2021 at 12 pm also at the Funeral Home. Interment will follow the service in Greenmount Cemetery in Hillsboro, MD.

The family of Franklin Parks created this Life Tributes page to make it easy to share your memories.

Send flowers to the Parks family.