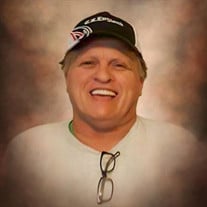 Frank Walter Manning of Magnolia, DE passed away April 2, 2021 at Bayhealth Medical Center in Dover, DE. He was 59. Frank was born May 9, 1961 in Wilmington, DE the son of the late Irvwin Manning and Ruby “Green” Manning. At an early age he pursued his first career with Teal Construction as a pipe layer where he was known as “Frank the Tank”. After many years he went on to be a milker for Thomas Farms and than to David A. Bramble as a pipe layer also. Most recently he worked for CR England as a truck driver. Frank played in a band in his younger years and was the lead singer for “Frankie and the Knockouts”. Frank was well known for joking and goofing around with friends and family. He enjoyed watching and collecting movies as well as going to yard sales and flea markets. He is survived by two daughters, Amanda Greenley, Crystal L. Manning of Magnolia, DE, one son, Frank W. Manning Jr. of Marydel, two step daughters, Caitlynne Kibler of Magnoia, DE, Kimbug Kibler of Dover, DE, four grandchildren, Daymion Chamberlain, Elliyott Chamberlain, Gaibryel Chamberlain, Xaivyer Luff. Sister, Penelope Davis of Henderson, MD, and one brother, Robert Manning of Felton, DE. Services will be held Friday, April 9, 2021 at 1pm at Fleegle and Helfenbein Funeral Home 106 W. Sunset Ave Greensboro, MD 21639. A visitation will be held one hour prior. Interment will follow the service in Odd Fellows Cemetery in Smyrna, DE.

The family of Mr. Frank Walter Manning created this Life Tributes page to make it easy to share your memories.

Send flowers to the Manning family.