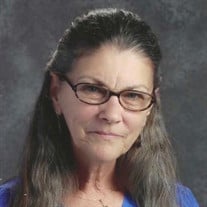 Catherine Nataline Alder, Cathy, age 65, of Ridgely, Maryland passed away on Sunday, October 4th, 2020. Cathy was born in Easton, Maryland on November 27th, 1954, to the late Robert Carville and Betty Jean (Legg) Tolson. She graduated from Queen Anne’s County High School in 1972. She then served in the United States Army and Maryland National Guard. Cathy received an Associate Degree from Chesapeake College, and an Associate Degree in Nursing from Anne Arundel Community College to become an RN. She then worked at Easton Hospital for 20 years, most of which was spent in the emergency room, and continued her career of nursing at Colonial Richardson Middle School over the past 17 years. She married Charles Henry Alder Jr. on September 19th, 1981. Together they raised four children, Stacy, Katie, Lindsay, and Stephen. Cathy was preceded in death by her parents, Robert and Betty, as well as, a daughter, Erin. She is survived by her husband, her four children, her two son-in-laws, Chris Walstrum and Ashley Whitehead, her five grandchildren, Alex, Riley, and Owen Walstrum, Aaron Dadds, and Ezekiel Alder. She also has her sixth grandchild on the way. Cathy had a passion for nursing and serving her country, and was very appointed to detail. She was a four-time cancer survivor. She loved raising her children and, more recently, spending time with her grandchildren. Most weekends you could find her on a sports field cheering them on. She loved spending time with her family and friends, kayaking, working out at the YMCA, and was a faithful member at St. Benedicts. She was an avid beach goer, spending family vacations in Ocean City, MD and North Myrtle Beach, SC. Her time spent on the farm in her youth fostered a love of animals. Over the years, she raised not only dogs and cats, but a horse, pigs, and ducks as well. This past year she even started raising chickens, “Cathy’s Golden Girls,” and enjoyed taking care of them. She also loved watching her hummingbirds in the backyard. Her greatest accomplishment was her family, and she always looked forward to them gathering at the holidays. A mass will be held in her honor on Saturday October 24th at 11:00 AM at St. Christopher’s Church in Chester, MD. The burial will directly follow mass at Kingsley Cemetery in Chester, MD. The family asks that donations on Cathy’s behalf be made to the Mid-Shore Challengers and the Wounded Warrior Project, in lieu of sending flowers.

The family of Mrs. Catherine N. Alder created this Life Tributes page to make it easy to share your memories.

Send flowers to the Alder family.